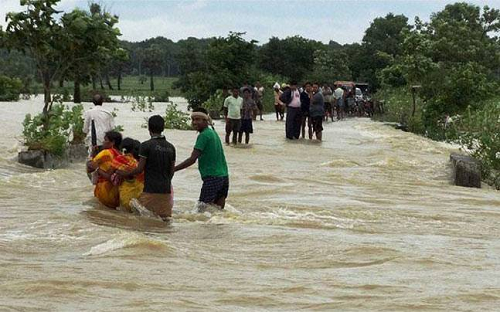 Nine people made up of four males and five females have died in rain-related incidents in the North East Region following days of downpour that battered a number of communities.

The deceased were identified as Alhassan, 40; Iddi Hardi, 24; Abubakai Nasiru,26, and Iddrisu Nurudeen, 22.

Three of the deceased were struck by thunder and lightening; one when the boat he was using to cross the White Volta capsized while two were swept away when they tried to cross a river during a downpour. Three others got drowned in a stream while swimming.

The Regional Director of the National Disaster Management Organisation (NADMO) , Mr John Kwaku Alhassan, who confirmed the deaths in an interview with the Daily Graphic yesterday, said 16 communities in the Mamprugu-Moaduri District had also been cut off from the regional capital, Nalerigu.

Many people, the NADMO official said, were unable to access certain social services.

The authorities in Burkina Faso are expected to spill excess water from the Bagre and Kompienga dams and there are fears in northern Ghana that the flooding situation will worsen.

In the past years, the spillage from the dams resulted in the loss of lives and destruction of property.