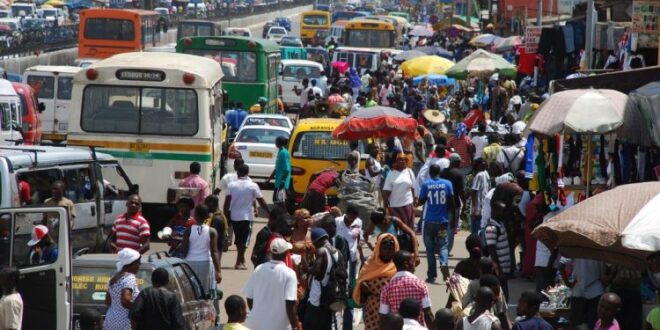 A new survey conducted by Global Info Analytics, a polling company in Ghana, has shown that 67% of citizens are of the view that, Ghana is on the wrong developmental path.

Whilst 50% of New Patriotic Party (NPP) affiliates approve of the performance of the president, 45% disapprove of his performance.

For the NDC, only 12% approve of the president’s performance with 84% disapproving of him.

While National Democratic Congress (NDC) and floating voters were emphatic about the direction of the country, wrong direction 84% and 69%, NPP voters are split in the middle between 47% to 47% for right and wrong direction. 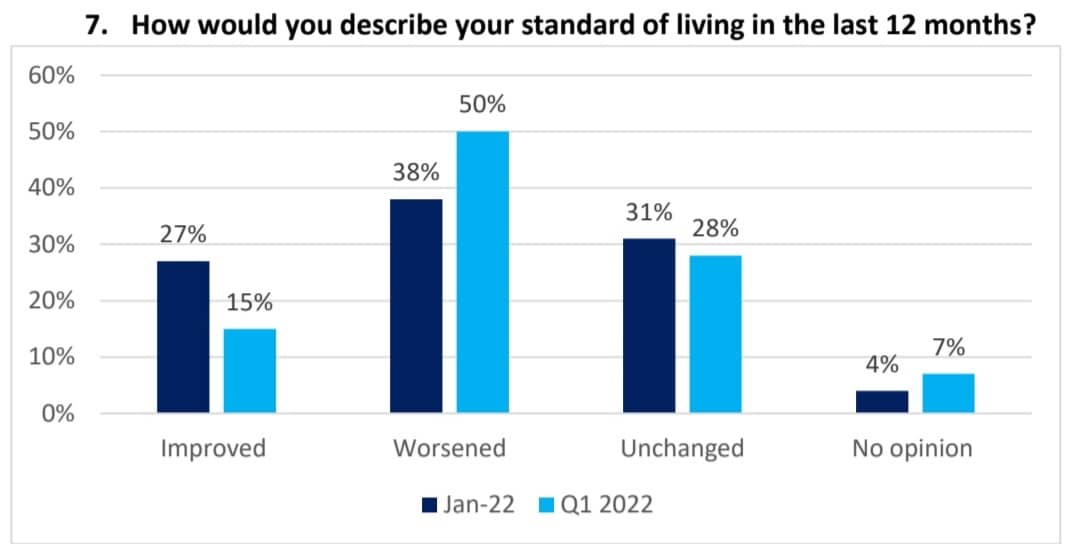 The poll also shows the president’s job approval rating declining from 34% in January 2022 to 27% in April.

67% of voters disapprove of the job performance of the president, resulting in a net approval rating of 40% negative.

Economy, jobs, and education are the three issues voters say, they will consider before voting for a candidate in 2021. 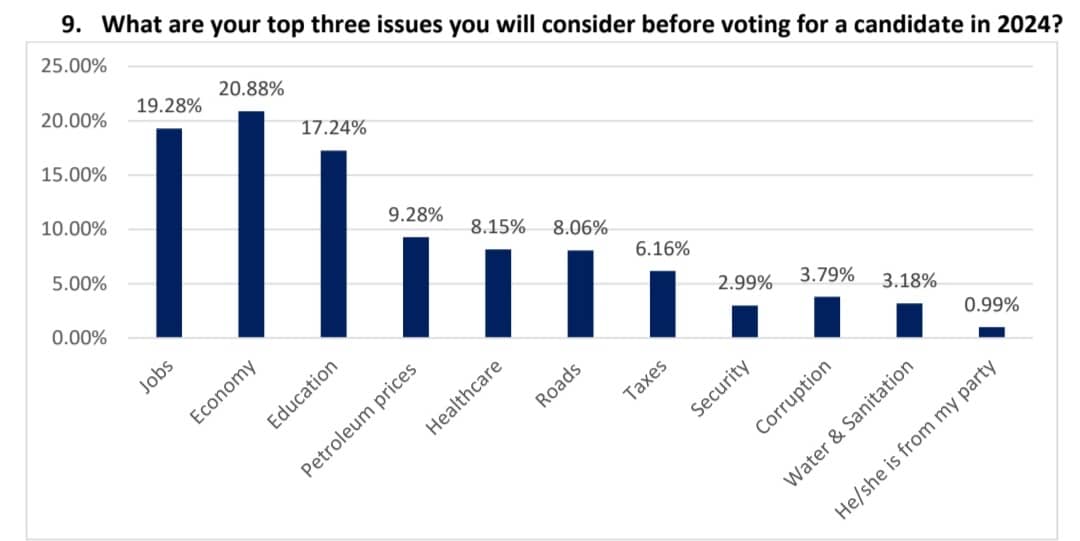 Meanwhile, 46.62 percent are yearning for the return of John Dramani Mahama as President.

Mr. Mahama is believed as the one who is most trusted to also improve job creation, education, and infrastructure.

34 constituencies that were previously selected under a convenient sample were repeated for purposes of establishing a polling trend.

The previous constituencies polled in January were excluded prior to running the random simulation model to select the constituencies.

Thus, giving the remaining 241 constituencies an equal chance of selection.

The 2020 Electoral Commission’s voters’ register was used to allocate samples.

For each constituency selected, the location for the interview was also selected randomly from three Electoral areas of the constituency.

Voters older than 16 years were interviewed as part of the poll.