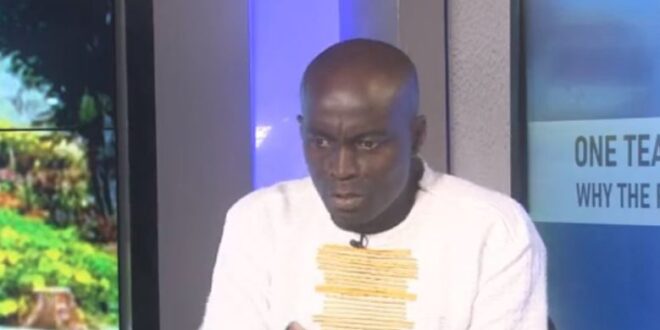 Some aggrieved teachers have accused the Education Ministry, Ghana Education Service (GES) and some teacher unions of conniving to illegally use their monies to purchase laptops for them.

According to them, there were procurement breaches in sole-sourcing the ‘One Teacher, One Laptop’ contract to K.A. Technologies Limited.

Speaking on PM Express Tuesday, President of the Innovative Teachers alleged that the company has no track records in manufacturing laptops to warrant an award of such a deal.

Mr Stephen Desu contends that government as an employer has the responsibility of providing teachers laptops as part of their working tools.

He said that it is illegal and unfair for government to use teachers’ annual Continuous Professional Development Allowances in funding parts of the laptops.

“The handling [of the contract] has been very bad. It’s completely illegal when it comes to procurement. This company called K.A. Technologies has no track record in manufacturing laptops in Ghana and as such is not qualified for this contract.

“All the documentations they took to P.P.A.; they hurriedly got them in November. A company with no certification from Ghana Standard Authority, how did they get this contract?” he told Evans Mensah.

Government, in collaboration with some Teacher Unions, NAGRAT, GNAT and CCT started the distribution of 280,000 laptops to all teachers in public schools in September, across the country.

Launching the initiative dubbed, ‘One Teacher One Laptop’, Vice President, Dr Mahamudu Bawumia stated that the project is to help improve the quality of education.

He indicated that teachers will bear 30 per cent of the cost while government absorbs the remaining 70 per cent.

Earlier, two Trade Unions, Innovative Teachers, and All Teachers Alliance Ghana (ATAG), jointly sued the Ghana Education Service (GES), the Attorney-General, and the Education Ministry over a move to award a contract on the initiative to K.A. Technologies Ghana Limited.

They are demanding the contract be annulled on grounds that it is contrary to sections 40 a, b, c, d, and e of the Public Procurement Act, 2003 (Act 663).

The Innovative Teachers President alleged that despite a court injunction barring the deductions from the teachers’ annual Continuous Professional Development Allowances, they have gone ahead to do so.

Mr Desu revealed that their lawyers have been instructed to cite the defendants for contempt of court.

But the President of the National Association of Graduate Teachers (NAGRAT) has denied any wrongdoing with regards to the contract and the court proceedings.

Mr Angel Carbonu said the original hearing for the interlocutory injunction filed on November 10, 2021 on the stay of distribution and deductions had been rescheduled for hearing on December 14, 2021.