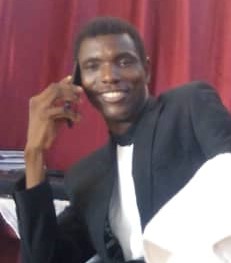 The District Security Council (DISEC) in its emergency meeting decided to stop the activities of Elohim Jerusalem prayer ministry of Woe, in the Anloga District of the Volta Region of Ghana, pending the determination of various degrees of allegations of sacrilegious activities levelled against pastor Atsu Robert Nyatuame.

This was contained in a letter dated 17th May, 2021 and addressed to the head pastor of the church captioned “CLOSURE OF ELOHIM JERUSALEM PRAYER MINISTRY, WOE”.

The following decisions were arrived at: 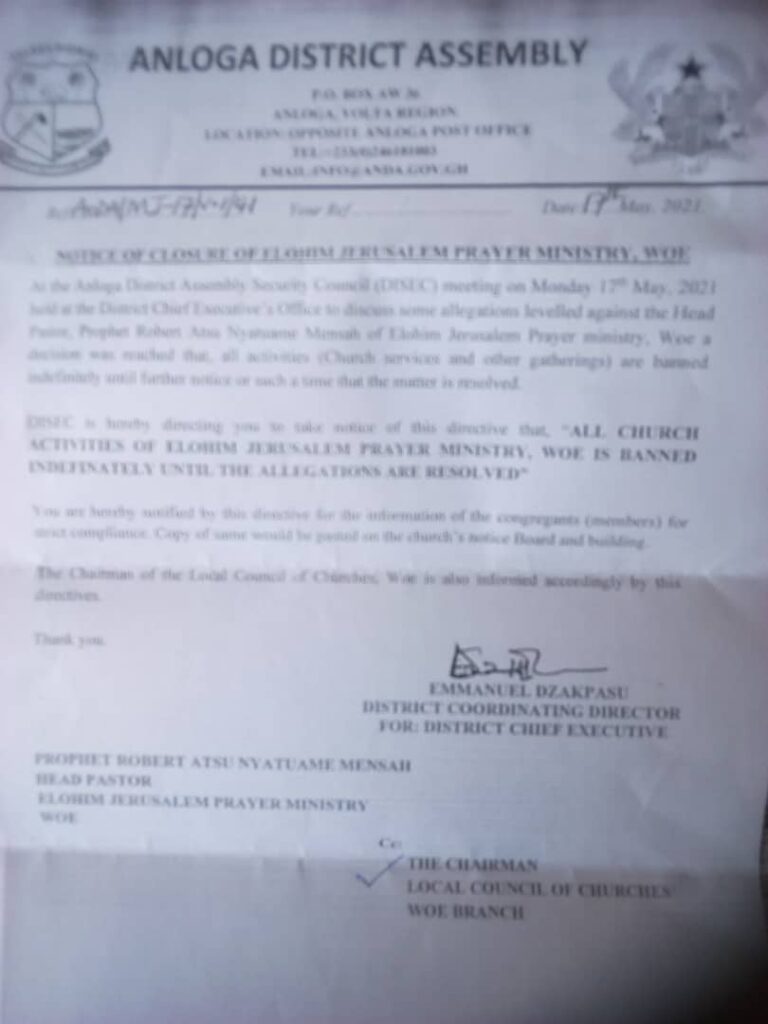 In a voice recording hijacked by the undercover investigation team of the Duamenefa Foundation of Fafaa FM, Mr. Ametordzie, an assistant pastor of the church publicly claimed that the District Commander of Anloga, DSP Thomas Yao Agbanyo has said nobody has the right to stop the church from its activities, not even the District Chief Executive Officer, except a court of competent jurisdiction, hence they have treated the security instructions with impunity.

It would be recalled in the month of April, 2021, that the Duamenefa Foundation of Fafaa FM broke the news of allegations of sacrilegious activities in the church where the head pastor Atsu Nyatuame is being accused of:

According to Togbi Samlafo, one of the chiefs of the community, the aforementioned allegations has created serious confusions within the community such that the chiefs tried to summoned the head pastor to answer why he is allegedly practicing immorality in the name of Christianity, but the arbitration was unsuccessful due to the tension and outrage of the youths

The matter has finally attracted the attention of the District Security Council under the chairmanship of Hon. Seth Yormewu, where the decision to temporarily halt the activities of the church pending further investigation and possible prosecution in the court of competent jurisdiction was taken.

Watch out for further development……