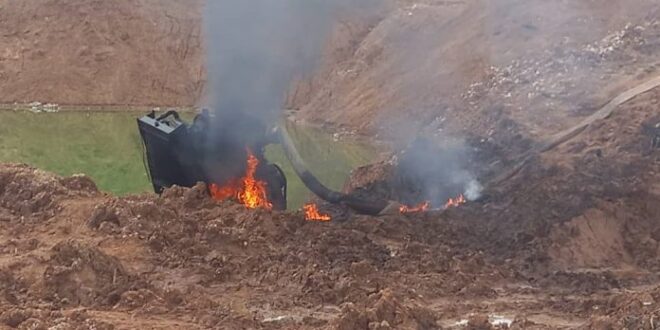 A team of Military Personnel under “OPERATION HALT 2” on May 23, 2022 arrested 26 illegal mining including four Togolese operating along River Tano bodies and other areas at Patase near Wassa Dunkwa in the Central Region. The illegal miners have defied the ban placed on their operations by government and continue to wreak havoc on the environment especially water bodies. Personnel from OPERATION HALT 2 have since May 20th deployed in the galamsey prone areas in the Western and Central Regions to control illegal mining activities.

Mr. George Mireku-Duker, a Deputy Minister of Lands and Natural Resources and Brigadier-General Michael Ayisi Amoah, Commanding Officer of the Southern Command of the Ghana Armed Forces during a working tour to assess the situation were surprised at the presence of the illegal miners on site. Chanfan machines, generators, other equipment and tools as well as camps by the galamsay operators were set ablaze to deter them from coming back to the site. 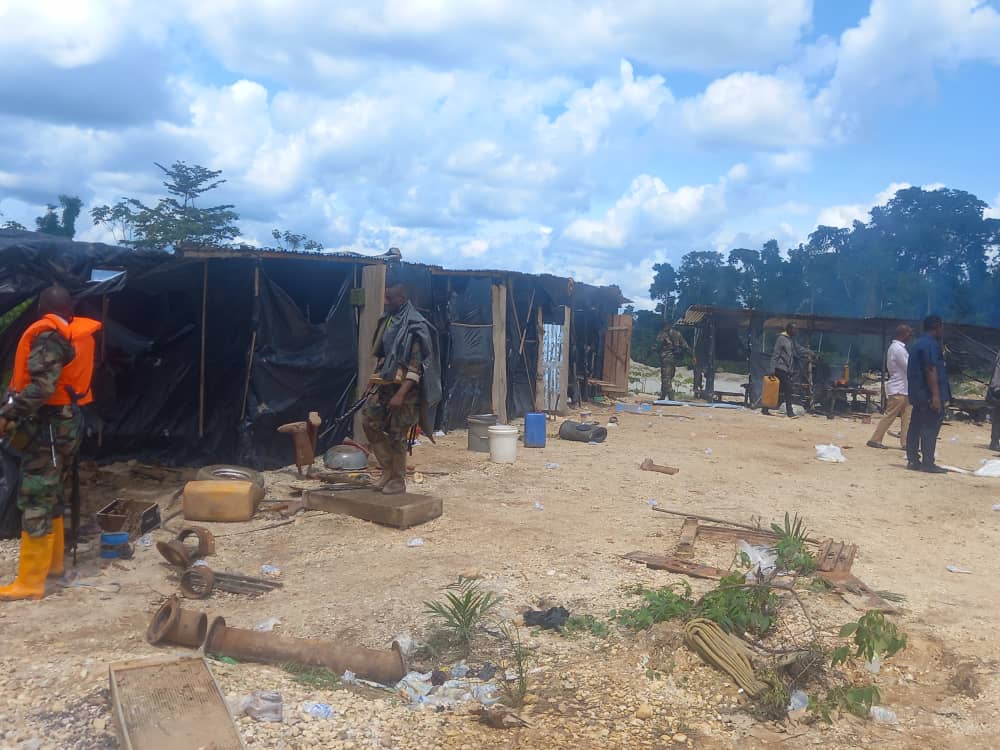 Aerial view of the sites showed total destruction of the forest cover leaving in its wake craters as big as football fields will pool of stagnant water.

A situation which pose danger to farmers.

The rains have also worsened the state of the Tano River as rain continue to wash the dirt and debris from the mined lands into the already heavily silted river.

Mr Mireku-Duker who was obviously unhappy with the situation said government will not relent in the efforts to tackle the problem. 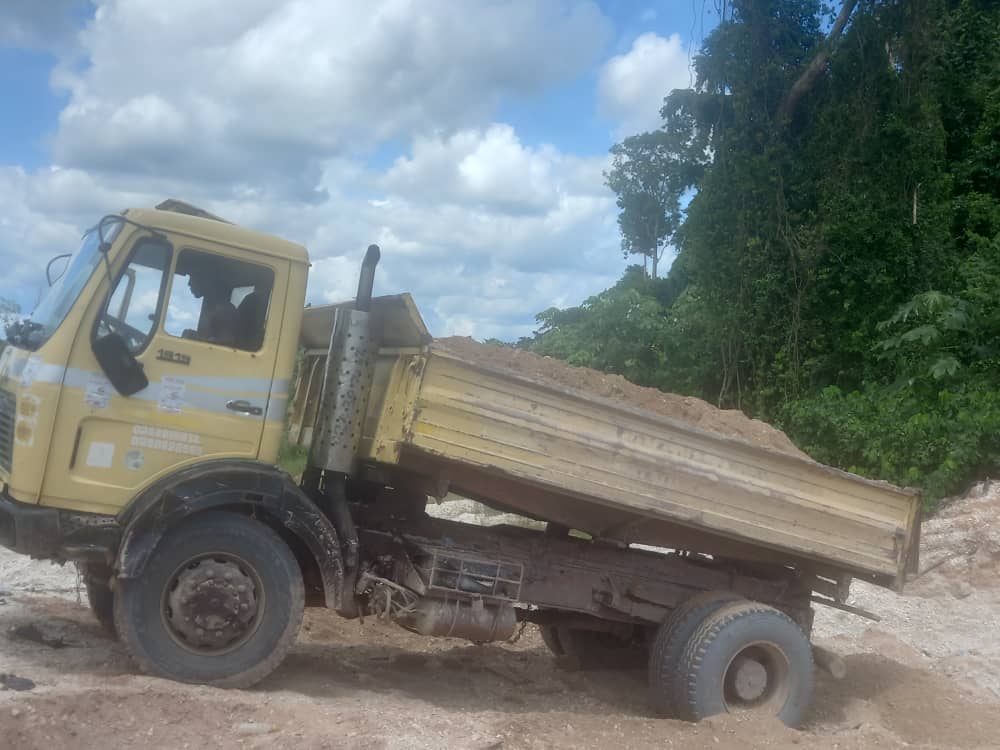 “We are in talks with the Chiefs and opinion leaders to cooperate with government in the fight, while the military also comes in to control this devastating menace”, he said. According to him, “the necessary. Ensures will be undertaken with view to flushing out the nation wreckers”

Addressing to arrested persons he said, “you people will always lambast and attack government for the woes of the communities, yet you are the ones destroying the environment and denying the state the resources needed for national development for the collective good of all of us”.

Mr Mireku-Duker directed that, those arrested should be sent to the Police for prosecution, saying, “the law will be made to work to address the problem.