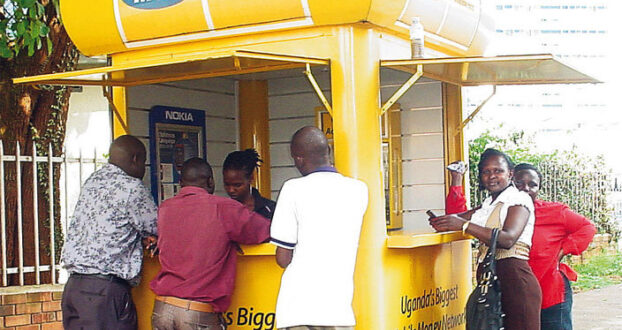 The General Secretary of the Mobile Money Agents Association, Evans Otumfour says his outfit will intensify public education on the E-levy Bill, to address the increasing spate of panic withdrawals following the passage of the Bill.

According to him, the reports on the increasing rate of panic withdrawals can be attributed to the low level of public education on the Bill.

Speaking in an interview with JoyNews on Saturday, he stated that if public education is intensified, the general public will be at ease and continue to keep their monies in their mobile wallets.

So anytime anyone visits any of the outlets to perform whatsoever transaction, we’ll try to ask the person if he or she really understands the E-levy.

Then again we’ll be partnering government to also make sure that we go up there with extensive education. Because we believe that if the education goes down well, what we’re experiencing now will be something that will not continue to happen again”, he added.

Touching on how long his outfit intends to use for the planned public education, Mr. Otumfour stated that he’s unable to give a definite timeline.

According to him, the feedback from the general public regarding their level of understanding of the E-levy will determine when they will stop or continue with the massive public awareness.

The comments by Evans Otumfour were in reaction to panic withdrawals by a section of the general public, following the passage of the E-levy Bill, which was assented to by President Akufo-Addo on March 31, 2022.

For such individuals, their fear is that the Bill will affect the values of their monies in their mobile wallets, hence the panic withdrawals.

But the General Secretary of the Mobile Money Agents Association has debunked such fears. Adding that a person’s money in his or mobile will not be automatically affected by the Levy.

If you’re going to cash money, E-levy is not affecting. So I think when we get down unto the streets and then we actually define the scope or the bracket that the E-levy is actually covering, it will help us to avoid what we’re currently witnessing”, he stressed.

Meanwhile, the Minority in Parliament has filed a case at the Supreme Court challenging the legality of the passage of the E-levy Bill.

In their opinion, Parliament did not have the required quorum to pass the Levy, therefore the passage of the Levy is unconstitutional.

But the Majority has disagreed and has urged all citizens to rally behind the new revenue measure, to accelerate development in the country.