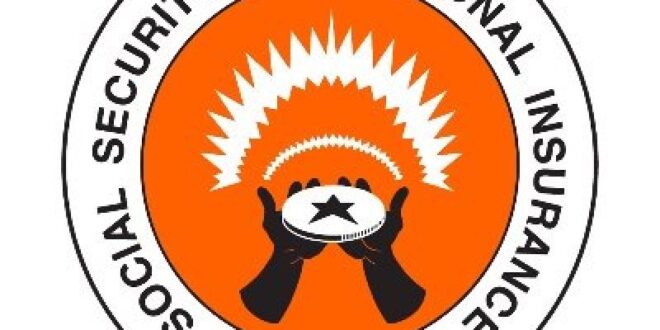 The Social Security and National Insurance Trust (SSNIT) says it has taken steps to ensure that it gets the best deals from companies it liquidates.

SSNIT’s statement was in reaction to the recent Auditor General’s report that cited the company for a US$11 million loss from liquidations it carried out.

The report indicated that SSNIT liquidated three companies with a total investment of US$14.7 million.

It said the company did not receive any returns from two of the companies for investments made since 2005.

“We noted from our review of investment files that, the Trust liquidated three companies with a total investment of US$14,768,153.00. The Trust had not received any returns from the companies for its investment for the past 15 years. The loss from the liquidations amounted to US$11,794,109”, the report said.

But SSNIT in response said while it is true that some US $11 million was lost, it said US$4.15 million had been recovered.

“Of the US$11,794,109 indicated as loss through the liquidation of three companies, US$4.15 million has been recovered and efforts are still ongoing to make further recoveries of locked-up funds,” SSNIT said in a statement.

Providing further information, SSNIT said it invested US$6 million in Ningo Salt Limited in July 2005, but it has reduced that debt to US$1.3 million.

“That, of the US$11,794,109 indicated as loss through the liquidation of three companies, US$4.15 million has been recovered and efforts are still ongoing to make further recoveries of locked-up funds. The details are provided below:

b. In the case of Ningo Salt Limited (NSL), the US$6.08 million stated as loss has reduced to US$1.93 million. The loan of US$4.15 million was granted through Ecobank Ghana Limited. Ecobank has fully repaid SSNIT with interest. The investment was made in July 2005.

c. On Granite and Marbles Limited, SSNIT managed to retrieve its unpaid Social Security Contributions of GH¢428,337.07. All the loans were converted to equity prior to the liquidation. Liquidation is underway and yet to be completed. The final accounts is yet to be submitted to the parties by the liquidator. The investment
was made in July 1994.

d. On the Canada Investment Fund for Africa (CIFA), the Trust has recovered US$2,064,109 of the total investment. CIFA has been under liquidation since 2015. As per the Fund Manager’s 2019 report to shareholders, the liquidation process is yet to be concluded. The investment was made in June 2005,” SSNIT’s noted in its response.

SSNIT said its new management has put in place various measures including a policy that better controls the investment process has been developed and is being implemented.

It added that “professionals and experts have been appointed to Boards of subsidiary companies, which has led to major improvements in the corporate governance of these entities, resulting in better returns on investments.”

It added that through renegotiations, it has realized some GHS231 million in savings on legacy investments.

“Efforts have been made to ensure that the Trust gets the best deal when liquidations are evoked on some of these non-performing legacy investments. As evidence of prudent management of funds, the Trust has increased the net assets from GH¢8,406 million in 2016 to GH¢ 11,350 million as of December 2020 (unaudited accounts) representing an increase of 35%,” it added. 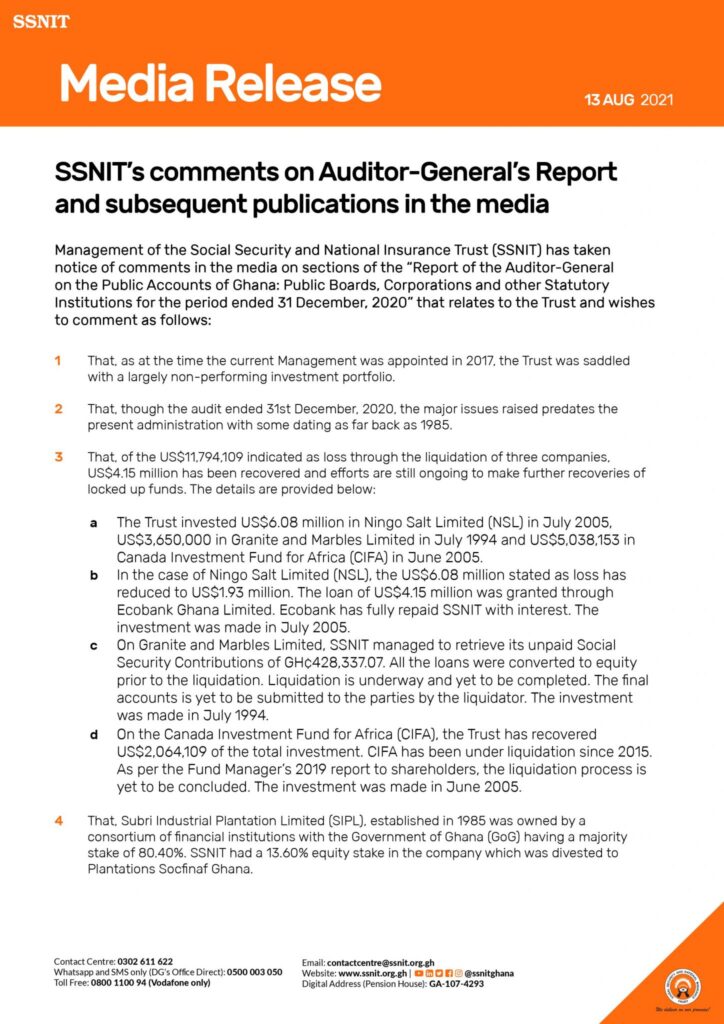 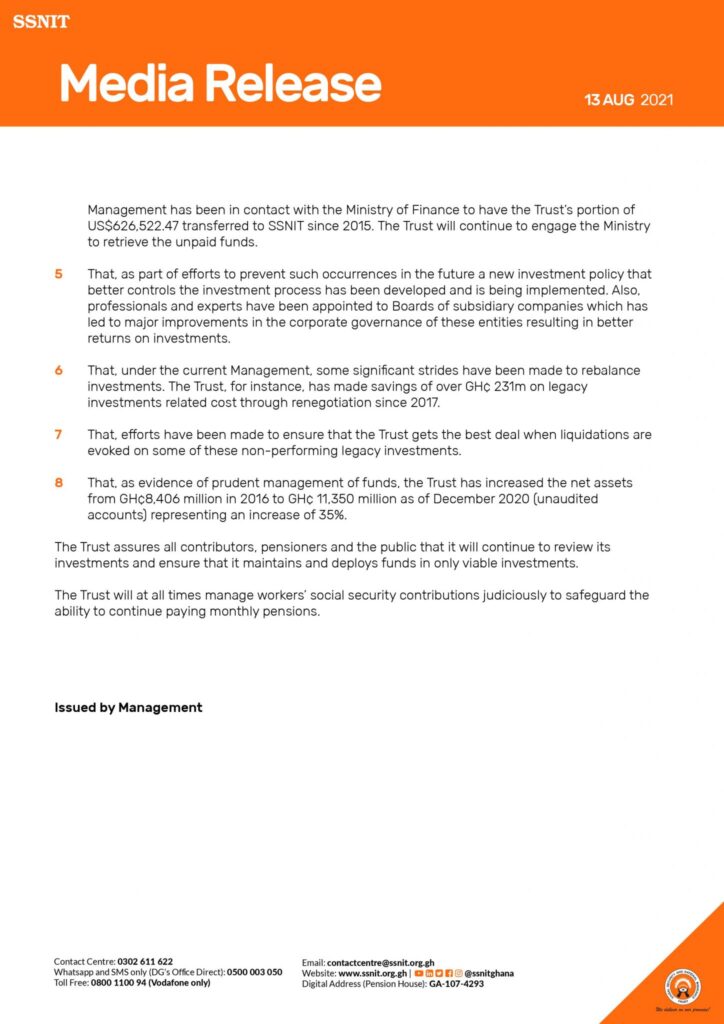