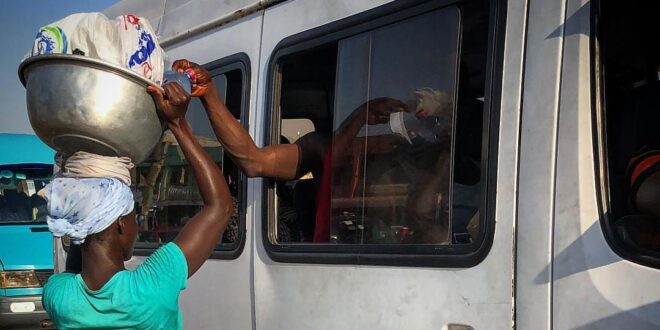 Sachet water to be sold at 40 pesewas from Monday

The National Association of Sachet and Packaged Water Producers, has announced an increment in the prices of sachet and bottled water.

The upward review of their prices is to take effect from Monday, January 27, 2021.

The President of the National Association of Sachet and Packaged Water Producers, Magnus Nunoo, said the price change has been necessitated by the increasing cost of production including the cost of fuel, vehicle spare parts and imported packaging materials.

The price of sachet water has remained at 20 pesewas for more than six years. Previous statements from the association in 2016 and 2018 to the effect of a price increment has not been carried through.

An earlier statement issued by the association said there may be slight variations in the price across regions due to haulage costs. 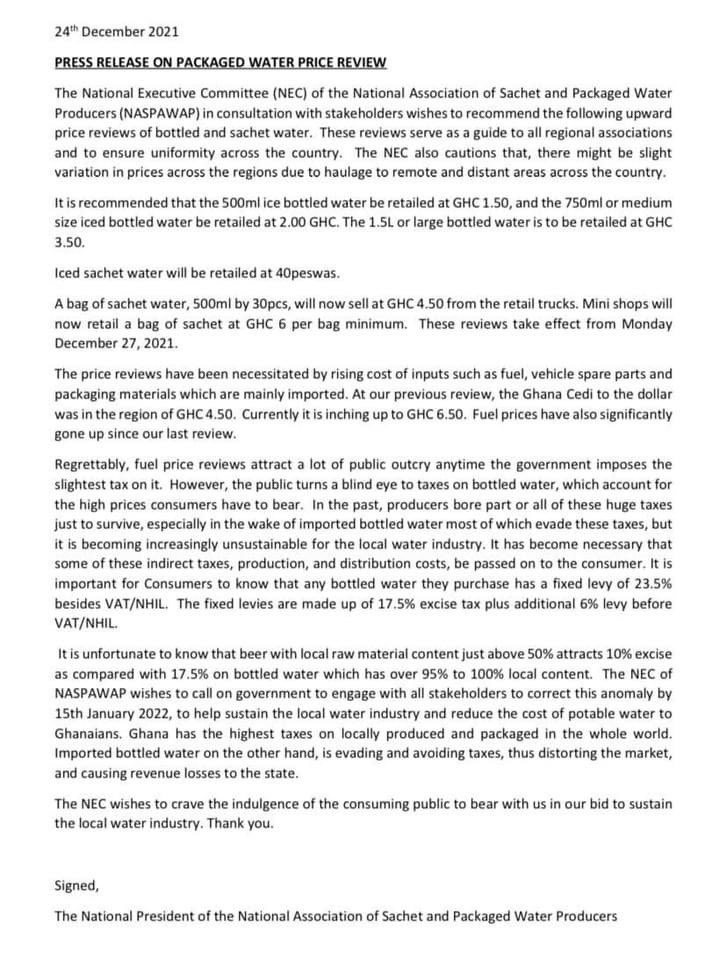 “A bag of sachet water, 500ml by 30pcs, will now sell at GHC 4.50 from the retail trucks. Mini shops will now retail a bag of sachet at GHC 6 per bag minimum. These reviews take effect from Monday December 27, 2021. The price reviews have been necessitated by rising cost of inputs such as fuel, vehicle spare parts and packaging materials which are mainly imported. At our previous review, the Ghana Cedi to the dollar was in the region of GHC 4.50. Currently it is inching up to GHC 6.50. Fuel prices have also significantly gone up since our last review.”

“Regrettably, fuel price reviews attract a lot of public outcry anytime the government imposes the slightest tax on it. However, the public turns a blind eye to taxes on bottled water, which account for the high price.”

“Consumers have to bear. In the past, producers bore part or all of these huge taxes just to survive, especially in the wake of imported bottled water most of which evade these taxes, but it is becoming increasingly unsustainable for the local water industry. It has become necessary that some of these indirect taxes, production, and distribution costs, be passed on to the consumer,” the Association said in its statement.