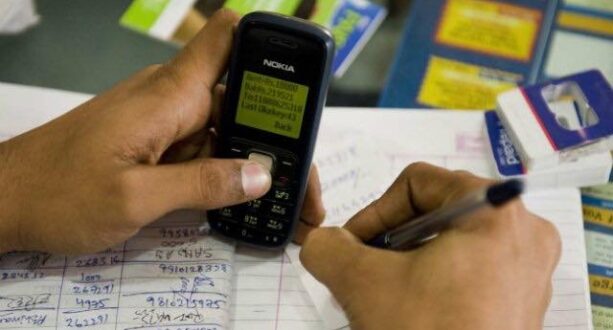 The Ghana Police Service is working on engaging the various telecommunication companies in the country as part of measures to fight the seemingly surging crime in the country.

Speaking on JoyNews’ Newsfile, the Acting Director-General of the Service’s Public Affairs Directorate, ACP Kwasi Ofori, said this is vital as mobile money operators are also targets of criminals following the vast range of their operation.

“I believe it is time that we also deal with the telcos if they are really running businesses of that nature, then where they [their agents] should situate should also be a matter of security concerns,” he told host Samson Lardy Anyenini on Saturday.

He observed that mobile money agents are scattered in the country as they operate anywhere they find comfortable.

“Some are even sitting under trees, on bikes, and so forth and it is very difficult to monitor such things,” he said, highlighting how this makes them vulnerable to robbers.

There have been reports of Mobile Money operators being attacked, robbed and in some cases, killed by their assailants.

Most of these crimes are committed during the day, which makes the situation dire.

Both the operators and patrons have called on the police to be more visible and up their game in providing security.

Commenting on the issue, ACP Kwasi Ofori said the way mobile money merchants are sited should also be of concern to the telcos to help curb the crime rate.

“You see people carrying bags, moving from one trader to the other that they are into this mobile money business. But, you see others also sitting just by the roadside with monies in the bag and it also poses a threat,” he further observed.

Following the recent surge in criminal activities, the Police Service on Friday held a meeting where these issues and the way forward were deliberated upon.

“So we are now looking at the local response, we’ve situated ourselves into our local circumstances and this is what yesterday’s meeting dealt with and in the coming days and time, we hope to improve.”

ACP Ofori also assured that the Service will ensure culprits are brought to book and “we are serious about it, we are families, we are Ghanaians and we will not let this happen many times.”