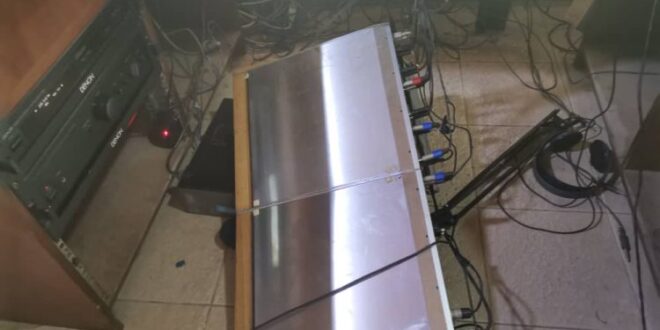 A 10,000 bounty has been placed on the heads of persons behind the vandalism of Ada Radio on Thursday, January 13, 2022.

The Ghana Police Service, which made the announcement in a statement, said it has deployed a team of investigators and intelligence officers to support the Ada Divisional Command to look into the matter and arrest the persons behind it.

It also gave assurances that the culprits will be apprehended.

“We will do everything possible to find those thugs and deal with them according to the laws of this country. To this end, the Police administration has placed an amount of Ten Thousand Ghana .dis (GHC 10,000.00) bounty as an informant reward for anyone who offers a piece of credible Information leading to the arrest of the thugs who invaded and vandalised the Ada Radio station and assaulted the staff.”

“A team of investigators and Intelligence Officers from the National and Regional Headquarters are currently supporting the Ada Divisional Command to investigate the incident and get those involved arrested and prosecuted for this barbaric act,” the police also added.

Some unknown hoodlums violently attacked the premises of Radio Ada, a community radio station at Ada in the Greater Accra Region around 11:30 am on Thursday.

They first manhandled some staff members of the station, who had refused to disclose the whereabouts of some senior management members the thugs had asked about.

Later, they stormed one of the station’s studios and assaulted the presenter, and vandalized some equipment in there.

The police has since urged the staff and the general public to remain calm as they conduct their investigations.

It has also agreed to offer psychological support to the staff and management of the radio station.

“We want to give the assurance that adequate measures have been fashioned out to protect the radio station and its staff as efforts to arrest the culprits to face justice continue,” the police noted.

Read the full police statement below: 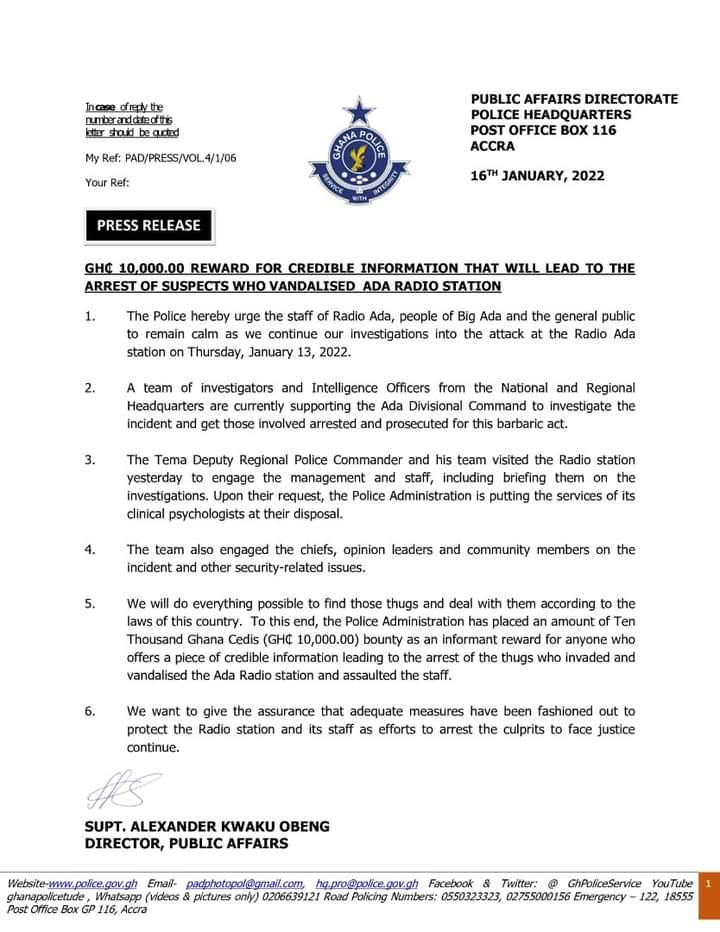