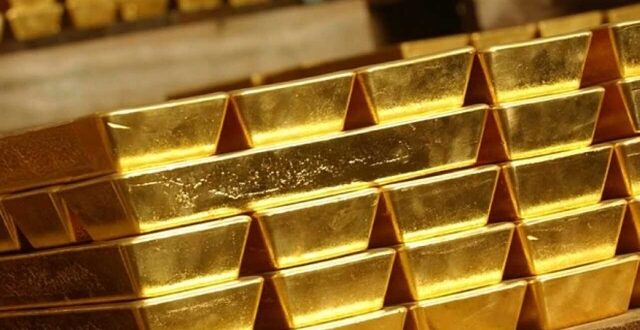 Shaanxi Mining Company Limited has said some of its officials who were recently arrested at the Kotoka International Airport (KIA) with gold bars are not smugglers nor were they attempting to smuggle the precious minerals out of the country.

In a statement, Shaanxi said the gold bars were being transported from its Gbane mine in the Upper East Region to Accra for sale.

“There is an agreement between these two Ghanaian concessionaires and our company on shares of gold won from the mining activities from these two concessions”, Shaanxi noted.

The parties, it added, “have since the production of gold begun in the mine, been receiving their shares without challenges”.

“However, we are informed that after the last production, one of our Ghanaian partners expressed dissatisfaction with the accounting processes.”

“On Tuesday 1st June 2021, the three company officials stated above, took gold meant to be our share of the last production, from our mine and were transporting same to Accra for sale.

“Our dissatisfied partner reported to the National Security that the gold was from his concession and he wasn’t satisfied with the accounting done on the gold won and requested the gold be confiscated to enable both parties sit to reconcile the figures before we proceed to sell our gold.

“National Security officials in Tamale signalled their partners in Accra to confiscate this gold upon their arrival.

“Our officers, therefore, were arrested at the KIA when they disembarked from the Tamale-Accra domestic flight,” the statement explained.

Shaanxi also expressed reservations about how its arrested officials were treated.

It said they were “immediately handcuffed and their pictures taken in handcuffs and same going viral while the discussions between the parties are ongoing at the offices of the National Security.”

Shaanxi said t is law-abiding company and providing “state-of-the-art” and “safe” mine support services to these “small-scale miners while meaningfully and economically tapping the mineral to the benefit of all parties.”