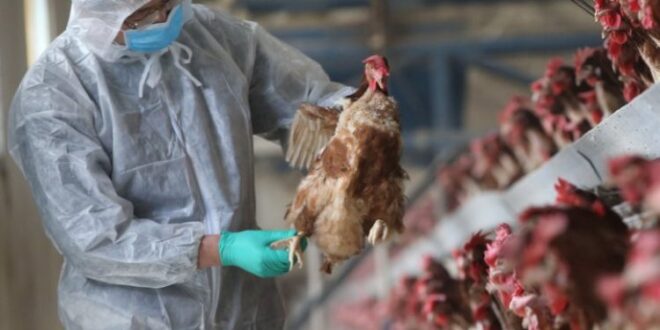 Three more farms in the Ashanti Region have recorded new cases of the Avian Influenza known as bird flu.

This brings the total number of poultry farms affected to seven. The Western North Region is the latest to record a case.

Data from the Veterinary Services Directorate shows that more birds have been affected in the Ashanti Region as compared to other areas.

Greater Accra follows in second place with over 28 birds being destroyed.

“We currently have 43 cases, the Greater Accra has 28 cases with the Central Region having five and the Volta Region still staying at two, and the Western North is the new region to have joined with a case now. The total number of birds affected in the country is 107,704, and out of it, we have 31,627 birds to have died from the flu.”

Meanwhile, he has assured the public not to be afraid as measures have been put in place to arrest the situation.

He also said poultry food products are safe for consumption.

“With the current situation, we ask the public not to be afraid as we have put in place appropriate measures to curtail the situation, and the food products coming from the poultry are all safe.”

The Veterinary Services Department had put 12 regions on red alert over a possible outbreak of bird flu.

The service said its officers in the five regions of the North, the three Bono Regions, the Western, Western North, Eastern, and Oti Regions, have been asked to put in measures to prevent an outbreak.