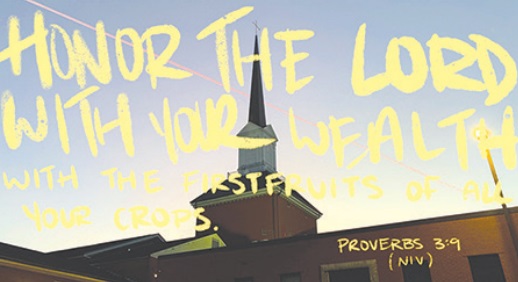 In the year 2020, Dr Kwaku Oteng, a renowned business mogul, revealed what he sees as the secret to his success. According to him, he became rich when he started paying his tithe on the advice of his pastors.

“I can remember that about 20 years back, I had never made any money more than a million cedis. Whenever I got between GH¢80 and GH¢100, I would fall sick and use the money to cure myself until I got well. By the time I would get well, the money would have finished, then I’d get back to work,” he said, speaking on Angel FM, a radio station he owns.

“So it was my pastor. I approached him with my issue and he asked me to pay my tithe appropriately, because if I did, within six months, I could make up to 3 million”.

According to Dr Kwaku Oteng, he obeyed his words, and lo and behold, he made huge sums of money.

Any scientific justification with his testimony? We provide answers in this article based on science.

A tithe is a specific amount (10 per cent of one’s income) that is given first, before any money one has is spent.

The offering on the other hand is anything extra that one gives beyond that.

After you have tithed and paid all your bills and expenses for the month, you can use any extra money in your budget to give even more!

For those who do not believe in Christian activities, such as tithing, would you believe that science has demonstrated the effect of tithing to success and happiness?

Before we delve into the scientific aspect of tithing, let us look at the biblical perspective. So Malachi 3:10 notes: “Bring the whole tithe into the storehouse, that there may be food in my house. Test me in this, says the Lord Almighty, and see if I will not throw open the floodgates of heaven and pour out so much blessing that there will not be room enough to store it.”

Does giving make us prosperous if we test God? Science of tithing:

Tithing enhances a healthier mood. A study by Dunn, et al., (2008) from Harvard titled, Spending Money on others Promotes Happiness, (http://gruberpeplab.com/teaching/psych131_fall2013/documents/15.1_Dunn2008_Spendingmoneyothers.pdf) involved a sample of 632 Americans to estimate their general level of happiness, as well as how much money they spent monthly on bills, on themselves, on others and on donations to charities.

The results of the study demonstrated that those who spent more (comparatively) on others had a greater level of overall happiness, while spending on personal expenses did not influence happiness.

An article by LDS Living Staff (2015) states that sacrificing for others and spending money on things that bind communities together brings greater happiness and satisfaction.

“During the Great Depression, tithe payers tended to keep their employment, enjoy good health, and free from the most devastating effects of economic and spiritual depression” Tithing, Dallin Oaks.

In a study by Dunn et al., (2010), the researchers allowed the respondents to take part in an economic game; a game during which they had the opportunity to donate some of their money to other respondents.

Note that Cortisol is the hormone that is released and helps regulate the body when it is under stress.

Interestingly, the respondents who were stingier with their money and donated less to others had an increased level of cortisol after the game, more so than the generous respondents.

Aknin et al., (2012) in their study found that children feel and exhibit the joy of sharing and sacrificing for others, even at a very young age. The researchers discovered that “the children found the act of giving very emotionally rewarding, and even more so when they were able to give something of their own”.

For the sceptics, the results are in: tithing brings success and happiness and the scientific data are verifiable.

For the unbelievers, they think that these activities are crazy and defy logic.

However, those who pay understand the true blessings that come from financial obedience to God from the biblical perspective.