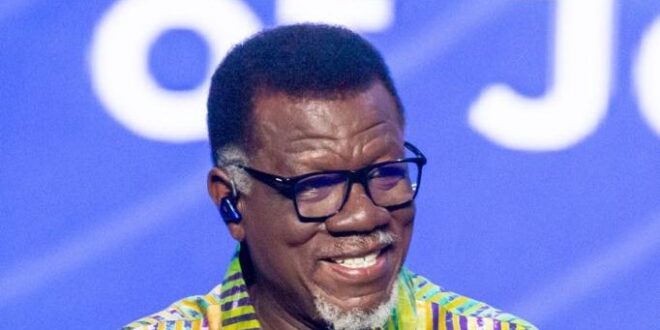 General Overseer of the International Central Gospel Church, Pastor Mensa Otabil, has said the African continent will see a turnaround and become a destination for jobseekers from America and Europe.

Justifying his position on the shift in Africa’s fortunes, he said his positive outlook of the continent is not premised on physical entities, but rather a deep belief in God’s justness and fairness not to lift up one and neglect the other.

Speaking in a message titled, “we will get it back”, on the opening night of Greater Works Conference, Pastor Mensa Otabil re-affirmed his belief that Africa will become the most significant continent on the planet.

Pastor Mensa Otabil encouraged the congregation not to limit God, but rather be inspired by the example of the prophet Jeremiah as they seek to move the African continent from a state of hopelessness.

He anchored his sermon on Jeremiah chapter 32 and recalled how God showed Jeremiah the most impossible situation ever, where an external and an internal enemy had taken over Israel.

Pastor Mensa Otabil demonstrated how God restored the nation in the midst of captivity and impossibility. He likened the situation to some foreign powers who have impoverished Africa and taken her assets, including locals who were taking advantage of a bad situation and making it worse.

Pastor Otabil said up until now, he remains eternally convinced that the future of Africa is bright and the future of Ghana is great.

He prayed for a resurgence in Nigeria, South Africa, Zambia, Ivory Coast, Sudan, South Sudan, Mali and all African countries.

He was hopeful that the largest number of billionaires will soon come from Africa. He therefore urged worshipers to work harder and do bigger things because very soon, “Elon Musk, Jeff Bezos and Jack Ma will read about you”.