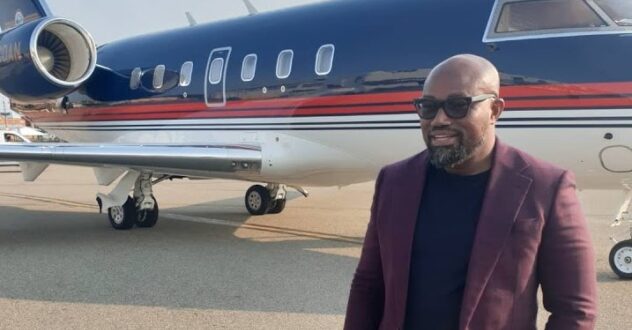 The Ghana Airport Company Limited (GACL) has accused McDan Aviation of breaching the laid down procedure after procuring its license to operate in 2019.

It raised concerns in a letter last Friday, the scheduled date for the McDan Group of Companies’ private jet service launch at the Terminal 1 of the Kotoka International Airport (KIA) in Accra.

Despite a GACL directive to call off the event, the company went ahead to hold the ceremony last Friday. It was, however, boycotted by GACL leadership.

Other government officials who were absent at the outdooring of what Daniel McKorley described as a feat in the country’s aviation sector include Transport Minister, Kwaku Ofori Asiamah.

The airport authorities said the McDan Group undertook some activities at the Airport without approval.

Some of which include the commencement of the construction of the private jet terminal without a Plan of Construction Operation approval.

According to the GACL Managing Director, Yaw Kwakwa said they only became aware of this “during routine security patrols.”

“…and we had to ask you to stop and submit a PCO [Plan of Construction Operation] for review and approval before construction continued.”

Another issue was that the private jet company was “yet to fulfil its financial obligations to Ghana Airports Company Limited (GACL). “

The regulatory body also explained that it would not be able to provide logistical support for the commissioning due to the short nature of the notice served them by the Aviation company.

“The nature of our work demands that we should have been given a reasonable period of notice to enable us to plan adequately through the engagement of relevant staff and stakeholders.”

The GACL further lamented that “all attempts to meet with you for discussions in connection with the proposed inauguration over the past three days failed as a result of your failure to turn up for the planned meetings.”

The statement added that the business had breached security at the terminal on Thursday by allowing several parking in front of the building on Thursday.

“What makes this disturbing is that beyond verbal admonition, we had written to you the previous day, January 26, 2022, to the effect that cars could not be parked there.

Meanwhile, the launch of McDan Aviation services went ahead on Friday as planned, with its Chief Executive, Daniel McKorley, expressing elation that this plan for the business was looking promising.

The private jet services business will provide a high-end luxury experience for its clientele and for corporate executives seeking to leverage a quick and efficient commute for business.