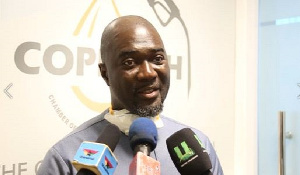 The Chamber of Petroleum Consumers Ghana (COPEC), has indicated fuel prices will soon cross the GH¢8 mark and the government of Ghana needs to employ strategic measures to lessen the impact of the rise in petroleum prices on consumers.

Duncan Amoah, the Executive Secretary of COPEC, criticised the efforts of the government in dealing with the consistent increment in fuel prices.

“In real terms, fuel price increases these days happen to be one of the very things pushing the economy to the brink. The year began with fuel price at GH¢6.6.

“Unfortunately, we now have some OMCs selling at GH¢7.50. It’s our estimation that probably by the end of March, if international price trends continue to move as it is doing currently, we would be crossing the GH¢8.00 mark,” Amoah told Accra-based Citi FM.

Following a re-introduction of the Price Stabilisation and Energy Recovery Levy (PSRL) by the National Petroleum Authority (NPA), fuel prices across various pumps in the country, have seen marginal increments. The situation, according to drivers and owners of private vehicles, will deepen the hardship they’re already experiencing.

Meanwhile, the Coalition of Transport Operators have disclosed that starting from Monday, February 7, transport fares will be increased by 30%.

David Agboado, the Public Relations Officer of the Concerned Drivers Association, in a Citi FM interview, hinted that passengers should expect an upward adjustment of transport fares, starting from February 7, after a meeting with the sector Minister, Kwaku Ofori Asiamah.
“On Thursday, we met at TUC, GPRTU headquarters, and we have decided to increase the transport fares by 30%. The measures we used to reach this decision are; the current increase in fuel prices, increase in the price of items we use, government charges amongst others. That is what we are going to charge after seeing the Minister on Monday,” he stated.