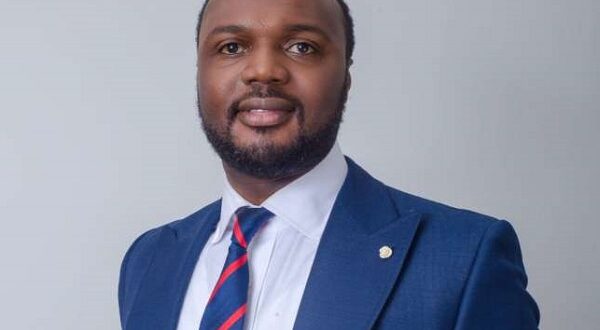 Founder of defunct Capital Bank, William Ato Essien, has justified a commission he received from a GH¢620million Liquidity Support from the Bank of Ghana.

Mr. Ato Essien received an amount of GH¢27.5million as commission for a loan granted Capital Bank.

In court, when asked about how he came about that amount during the last day of cross-examination from state prosecutors, led by Chief State Attorney, Mrs. Evelyn Keelson, Mr. Ato Essien revealed that for assisting the bank secure that loan, he obtained GH¢27.5million as a “finder’s fee.”

He indicated that there was a board approval for the commission.

This was, however, contested by Mrs. Evelyn Keelson who cited an “exhibit EEEE4” – a statement dated June 6, 2018, that noted there was no board approval.

Mr. Ato Essien stuck to his guns, saying: “In my earlier statement, I admitted that, I was in receipt of the GH¢27.5m which was finder’s investment and same invested in the completion of Ocean Spring.”

“I also paid GHC1m as part of the finders which I have also admitted to refund and as I write this statement, it is left with 26.5 because this is finder’s. There is no need for board approval and the determination of what the money is put into or used for. The practice is for Management decisions and captured as such and not for the board to approve.”

“This is clearly a reinforcement of the role between the executive directors and the non-executive directors. Management approval is a tacit approval of the servant of the bank. The clarification here is when EOCO had demanded a documentary engagement of the role I played and in my answer to that, I had said Management’s oral agreement was all that I needed to proceed to find the bank the money and not the case of board approving payment of finder’s fee. This was the context in which this statement was written,” he added while reading portions of the said exhibit.

The Chief State Attorney also put it to Mr. Essien that he misappropriated about GH¢200million from the said loan granted to Capital Bank.

The accused dismissed this assertion as well. Mr. Essien noted that he does not have access to the bank’s treasury.

He told the Court, presided over by Judge Justice Eric Kyei Baffour of the Court of Appeal, that “because I am not in Management of the bank, I am not a signatory to the bank. I am not part of the day-to-day operations of the bank. I, therefore, cannot have access to the treasury of the bank.”

Mrs. Keelson then stated that the said money was used personally for setting up a sovereign bank and completing the establishment of Ocean Spring.

“I never had any personal benefit and my personal bank account can prove same,” Mr. Essien said while debunking the claim.

He was discharged from the witness box after he refuted Mrs. Keelson’s assertion that his action of taking approximately GH¢200million belonging to Capital Bank for his personal use led to the collapse of Capital Bank.

“My lord, it is factually incorrect, because I currently stand on trial for 130m and 27.5m finder’s fee which I legitimately earned.”

“Cumulative of this figures is 170.5 and I did not appropriate it for my personal use. My appropriation was only limited to the GH¢27.5m which I legitimately earned and had the right to use it the way I please.”

Mr. Essien (A1), Tetteh Nettey (2nd) and Fitzgerald Odonkor (3rd) have been charged with 23 counts including stealing and money laundering.

They have been accused of misappropriating some GH¢130m of the GH¢650m given to the bank.

Ato Essien is also defending the GH¢27.5m he received as commission. The suspects have pleaded not guilty to the combined charges and have been granted bail.

The next hearing has been slated for March 1, 2022, for Mr Ato Essien to call his next witness.